Home is definitely where the heart is and hunting is no exception to that. Some of my spots are like second homes to me—not just because of how much I frequent them—but because of how comfortable I am there. I know every rock, rub and game trail in the area. I know where I am going to sleep, how long it takes to hike to certain destinations and what time of year and where I can expect to see critters. Those are just a few advantages of returning to these areas. They also hold so much sentimental value to me. These are the spots that shaped me into the hunter I am today. They are the reason I hunt the way that I do. Someday, I hope to bring my future kids to these spots to show them things like where dad shot his first bear or where I saw my first bugling bull. There is nothing like home sweet home.

There are different categories of price points and qualities when it comes to firearms and I see them as follows: budget, standard, and high-end. Every feature that Springfield Armory chose to incorporate into this pistol has quality in mind, putting the new SAINT Edge in my “high-end” category.

How To Choose A Rifle Scope

In order to significantly improve your accuracy, choosing the right rifle scope for the rifle and your purposes can make all the difference. 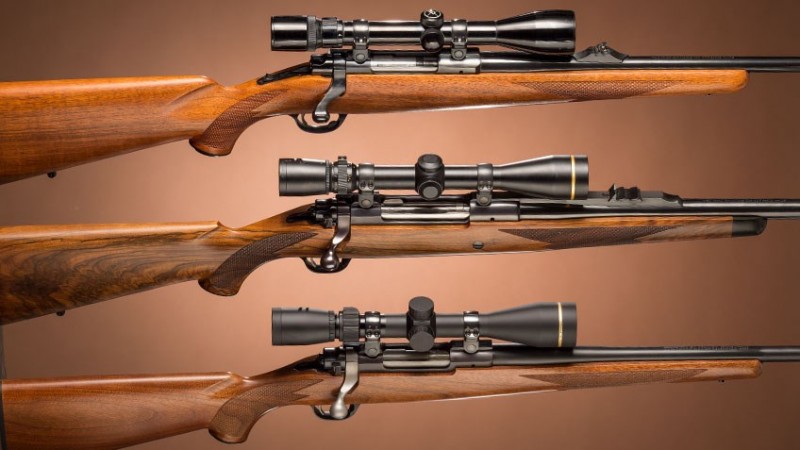 On the heels of its .44 Mag. (1959) and 10/22 (1964) semi-automatic carbines, plus the classy No. 1 single-shot (1966), Ruger was still fairly new to the long-gun business when it introduced the Model 77 in 1968. From what was a modest launch—an economical ($160) short-action offered in .22-250 Rem., .243 Win., 6 mm Rem. and .308 Win.—the subsequent half-century of production has progressed through three distinct generational periods. During the run it has been rendered in scores of model variations spanning rimfire, center-fire and muzzleloader platforms, and nearly 60 different chamberings ranging from .17 HM2 to .458 Lott. Perhaps the Model 77 never quite caught up in terms of lore and overall sales to the Winchester Model 70 and Remington Model 700, but its history suggests that Ruger strived to outdo the big boys in its sheer number and variety of innovative applications.

The PIAT Gun That Saved the World: “It Was Rubbish, Really.”

At 0200 on June 6, 1944, Sergeant Charles “Wagger” Thornton lay concealed underneath a pile of debris panting in the darkness. He was deployed alongside a building on a tight little French street that defined the approaches to the bridges over the Orne River and the Caen Canal. He had been in place only three minutes when the first German tank rumbled slowly into view by the light of nearby flames.

Stern Defense makes great AR magazine well adapters and conversion kits which turn your AR Lower into a Pistol Caliber Carbine. They come in 9mm versions for Glock, Beretta and M&P magazines, but the one that caught my eye uses S&W M&P .45 ACP mags. Mag-AD series adapters install in seconds, just like an AR magazine.

6 Guns To Look For In a Buyer's Market

New shooting enthusiasts and first-time gun owners often have their interest in firearms sparked by one particular facet of the shooting sports. But once the gun bug bites, it's only natural to feel a desire to explore more shooting endeavors. Thanks to a current favorable climate when it comes to our 2nd Amendment rights, we have at long last returned to a buyer's marketplace. Dealers’ shelves are well-stocked with a variety of options at reasonable prices. This means now is a great time to try something new. Each of the following guns will provide new shooters with important operational experience. Someone who understands how to run at least one gun in each of these categories will have a basic understanding of how to use just about every make and model that can be purchased at local outdoor retailers.

Tips for Maintaining a Defensive Handgun 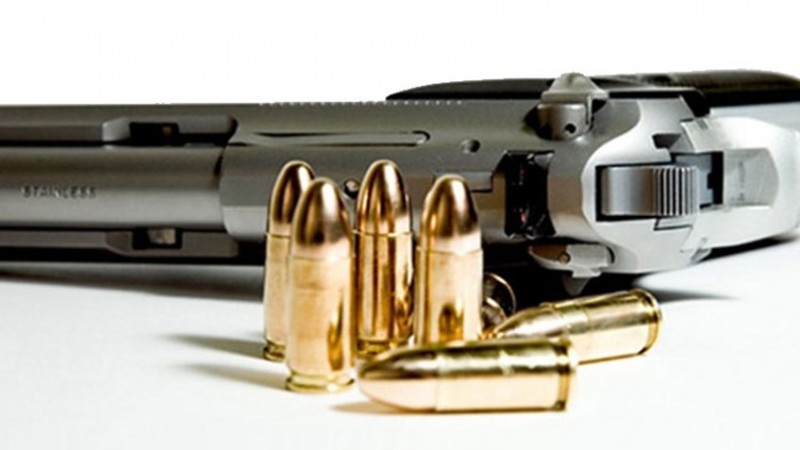 Regardless of the type of handgun you use for personal defense, you should be able to field strip it. Field stripping doesn't mean that the gun has to be taken completely apart, just stripped down so that it can be properly cleaned. Just about every handgun comes with an owner's manual that explains how to accomplish this. If you purchased a used gun, you can generally contact the manufacturer for an owner’s manual, or even find it online. Failing those options, ask a qualified gunsmith or firearm instructor to show you how it is done.

Ruger Awarded Firearms Manufacturer and Innovator for the Year

How Unicorn Guns are Born (And Why We Hate Them)

If you haven’t heard the term “Unicorn Guns” before, it’s a colloquial label for those newly released and/or highly desirable firearms that have proven nearly or completely impossible to find. These trophies of gleaming gun metal make a splashy entrance in the media with lots of quality marketing and well-written gun reviews and then step nimbly into the deep dark forest, never to be seen again. Were they ever real, or were they just figments of our fevered imaginations? To make things worse, these elusive beauties are all too often subject to Area 51-type customer communication, “We can neither confirm nor deny that one of these rifles was seen at a downtown retail location on the 28th of this month. ...”